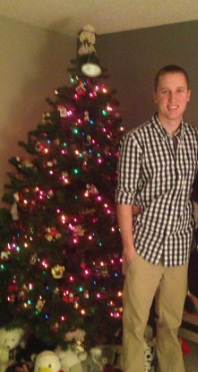 Matt graduated from Bellarmine Preparatory down in Tacoma, WA where he was a pitcher and first baseman for the Lion’s baseball team. Coming to the University of Washington, Matt was interested in the Civil Engineering department. However, as he took more classes, he realized Industrial Engineering gave him the mix of engineering and business that he was looking for. Matt was accepted into the major halfway through his sophomore year and immediately became involved in the department. He is currently the Director of Corporate Relations for the Institute of Industrial Engineers, the main student group for the program. This position helped him attain his internship at Boeing for the summer of 2014, where he will be working at Boeing Field on the 737. During his time at the lodge, Matt has held many positions including Scholarship Chair, Stuff the Bus Chair, and Vice President of Internal Affairs. Chi Psi has been instrumental in helping him develop as a leader, a student, and a brother. His favorite thing about the brotherhood is the amount of excellence that surrounds him in his fellow peers. Chi Psi is made up of some of the most motivated and intelligent men in the entire Greek system.
Back to the brothers