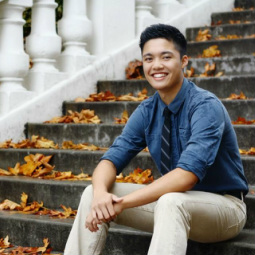 Napoleon, otherwise known as "Nappy" was raised in the city of Federal Way all his life. He attended Federal Way High School where he served the role of ASB Treasurer and was apart of the tennis, swim and track teams. He is a junior counselor at Mt. Baker; a high school leadership camp that helps students develop and hone their leadership skills. Napoleon was also the co-host of a food drive event that he set up during his senior year of high school in which Napoleon was able to raise over 12,000 pounds of food over the course of one night. Napoleon is very involved within the University of Washington and Chi Psi itself, he presently serves as the philanthropy chair here at the fraternity and is involved within ASUW by being apart of the UW leaders program with ambitions of becoming even more involved within ASUW in the future. Napoleon has a passion for leadership and helping others, and he enjoys just being active outdoors, travelling and just meeting new people.
Back to the brothers
Proudly powered by Weebly
UW CHI PSI